Calgary, AB- The Mount Royal Cougars are heading to Charlottetown, PEI today looking to build on what has already been a historic season. The Cougars are not supposed to be arriving in PEI and getting reading for Nationals but after stunning the Calgary Dinos in double OT and making it to the West Final, they are now where no Mount Royals team has been before. For the first time in program history the Cougar’s will have a women’s hockey team featured at Nationals.

How They Got Here

In what was a year with many firsts, the 2019-2020 season saw the Cougars set program records for most wins in a season, most points in a season, and for the first time in their history are ranked among the top ten. They finished the regular season with 12 – 14 – 2 – 0 record which placed them in fourth place heading into the Canada West playoffs.

The quarter finals saw them sweep the University of Regina in two hard fought games which set them up to face the Calgary Dinos who had earned a first round bye. The series was thrilling with both teams giving it all and at the end of the three game series it was not the Calgary Dinos moving into the final, but instead and to the surprise of many it was the Mount Royal Cougars.

The Cougars had accomplished the unexpected coming back from a loss in game one to end up winning the series in double overtime of game three. The Canada West Finals saw the Alberta Pandas display their dominance as they convincingly swept the Cougars by score lines of 5 – 1 and 2 – 0 respectively. This final was a major test for the Cougars who will be able to take many lessons from these games but nevertheless they are still off to Nationals. 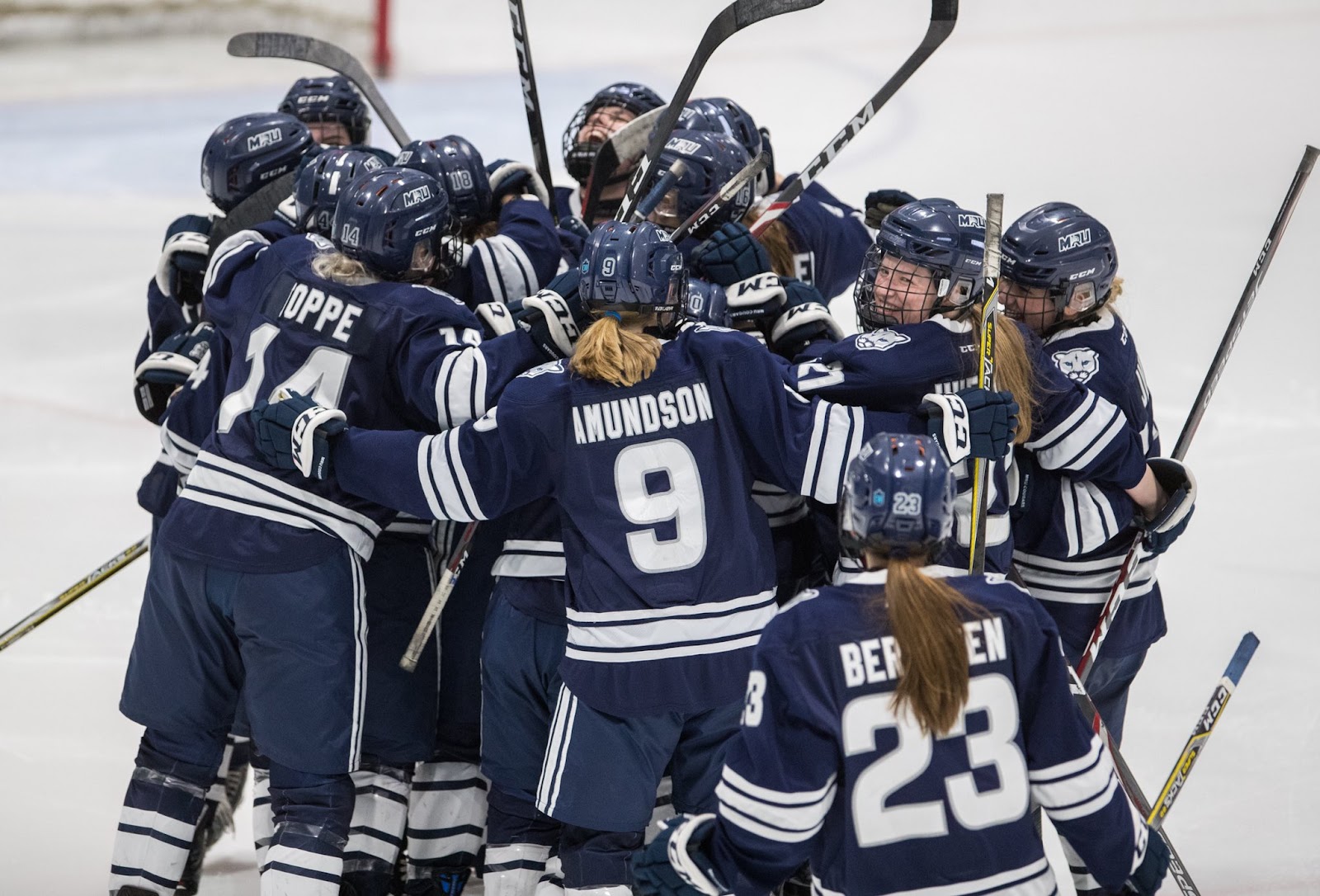 Looking at the statistics of the Cougars they seem to be a very well rounded team.

Upon closer observation there are several key stats that the Cougars will need to improve upon at Nationals. They will need more scoring as a 1.65 GPG is just not going to cut it when facing the best teams in the country. They will need all four lines to contribute to the score sheet if they hope to get past the first round. This goes hand in hand with the next point which is that they need to capitalize on their opportunities which includes the power-play. At Nationals chances are few and slim so when you get a man advantage you need to make the most of the opportunity and the Cougars will have to look to improve on that abysmal 10.3 % rate. Looking on the plus side, they are solid defensively only giving up 1.59 GAA and have been provided with steady goaltending all year. They are also a threat short handed having scored four shorthanded goals and with several players who have speed to burn one wrong pass on the power-play can lead to a scoring chance for the Cougars. 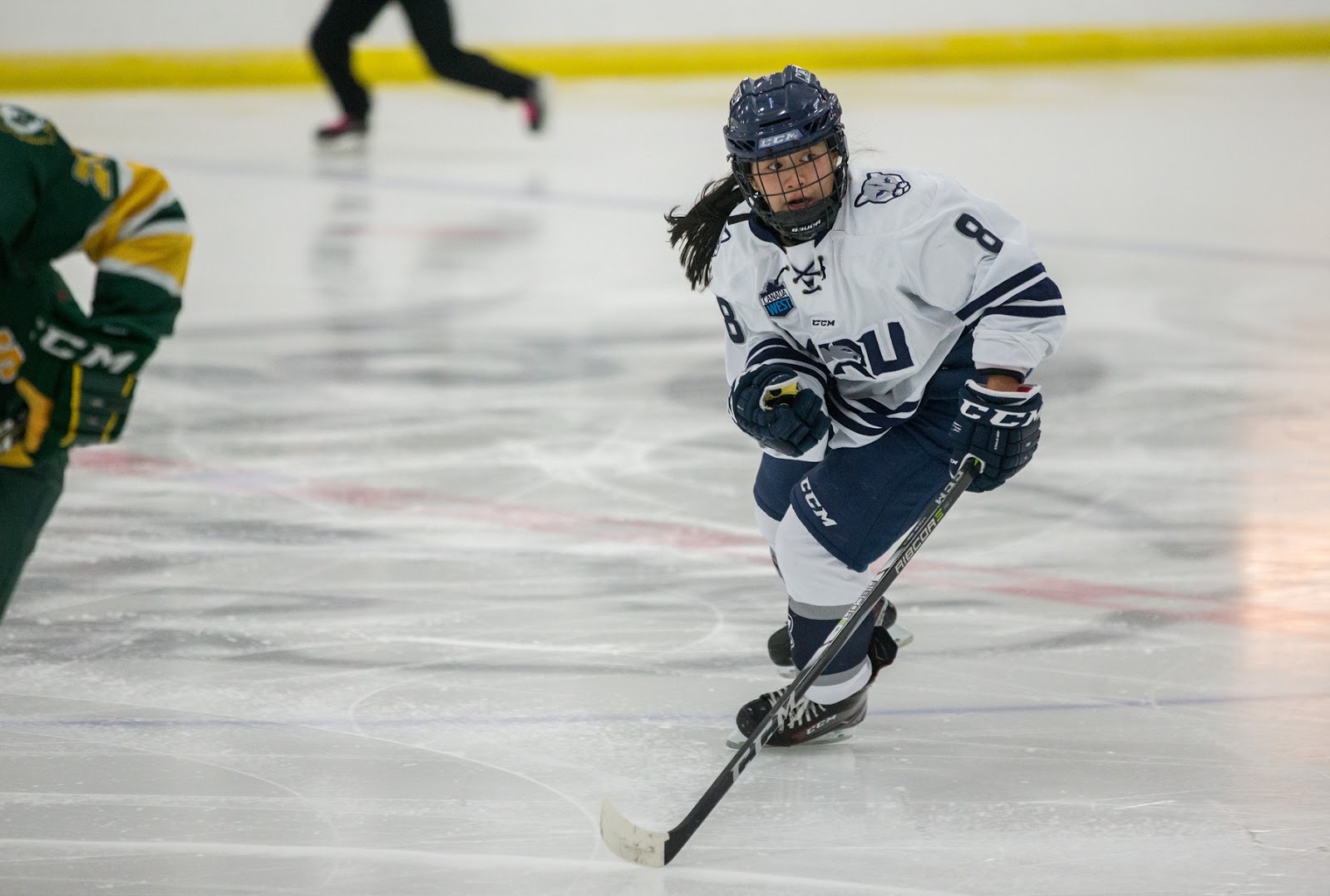 The Cougars will need to rely on their experienced players to help keep everyone calm in times of pressure and will look to none other than Tianna Ko to provide that certain spark for them. The Canada West Playoffs was Tianna’s coming out party as she finished with four goals and three assists in seven games. She had back to back two goal games against the Calgary Dinos and assisted on the game winner of that series. She has shown to excel in high pressure situations and the Cougars will be looking at her when the going gets tough. 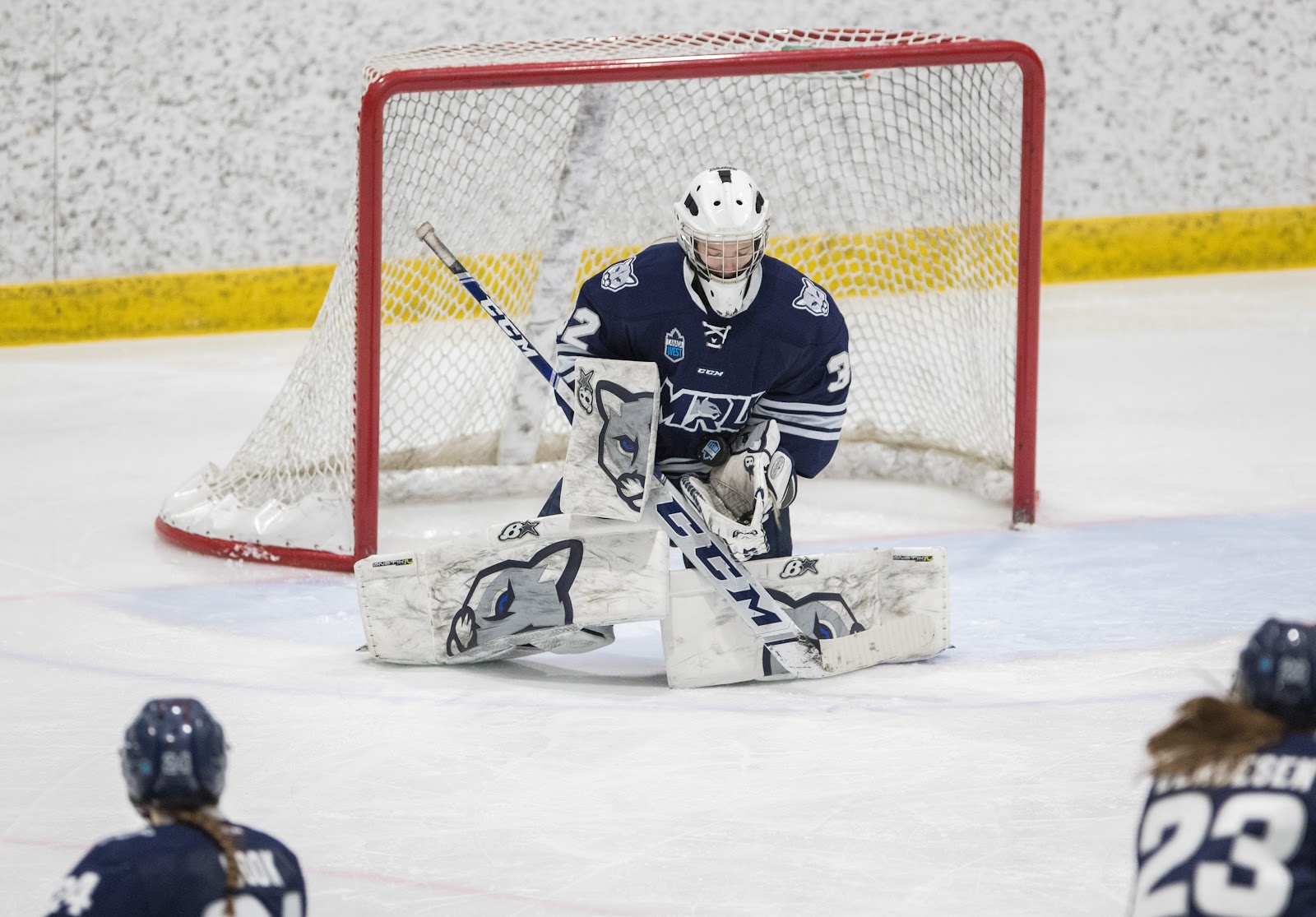 The first year goaltender has taken control in the crease and has posted some outstanding numbers this season placing her on Canada West All-Rookie Team. She will look to continue her impressive season after having just received U Sports Athlete of the Week honours for February 19 for her back to back shutouts against Regina. Her 1.14 GAA and .943 SV% rank as second highest in the league but what is perhaps more impressive is the calming presence that she displays in the crease which radiates throughout the team. If the Cougars have any hope of going far at Nationals, they will need their goaltender to be on the top of her game and as hockey has shown us if a team has a hot goalie who knows how far they can go.

The Mount Royal Cougars will kick of the tournament on Thursday March, 12 where they will face the University of Toronto (The #2 seed at this year’s tournament). The Varsity Blues capped off an impressive season by beating the York Lions in the McCaw Cup to finish atop of the OUA. The Blues are a highly skilled team with star players all across the board and will definitely present many challenges to the Cougars. The Cougars will have to remain disciplined and cannot get into penalty trouble against the powerful Blues power-play (first in the OUA at 20.2%) and no matter what the situation is they will have to stay turned on as a lapse in focus is a scary thing to do against a team with this much skill. Toronto has shown to have weaknesses as they have been heavily outshot in their last couple of games only to be bailed out by their all-star goalie Erica Fryer. The Cougars will need to send heavy traffic in front of the goal and will have to try to get Fryer off her game. As she has shown that if she can see the puck she will stop the puck, the blues had a conference-low of 29 goals allowed. 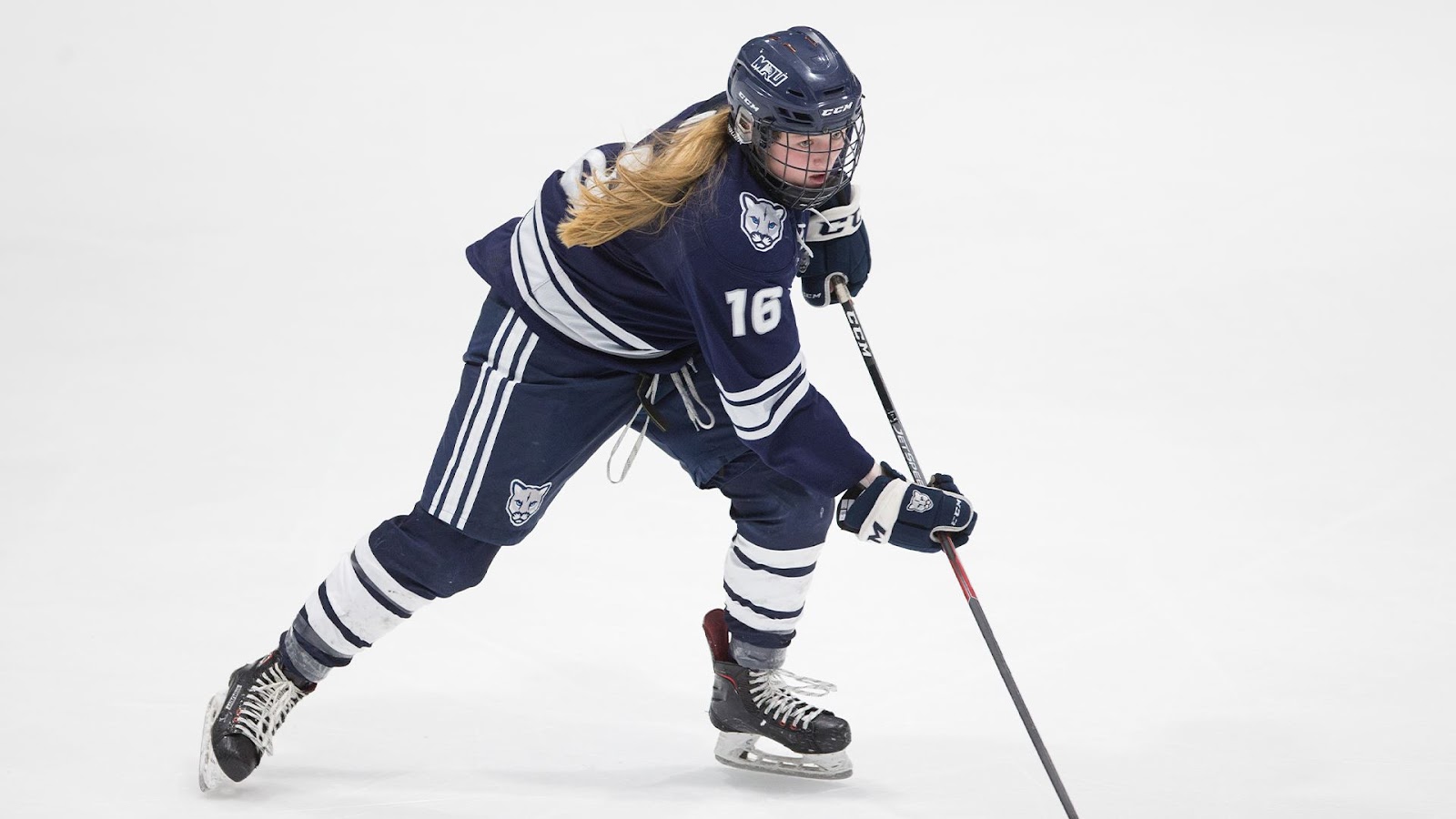 On paper everything indicates that the Cougars are not destined for success at Nationals, but they weren’t supposed to even be here at Nationals. This Mount Royal team has shown to be resilient having lost the first game in the West Semifinal and have battled each and every game. Although many people will not have the Cougars getting past U of T a team that has heart, resilience, and the will to win is a scary team to face and the Cougars could end up being the dark horse at this year’s tournament.

To watch this year’s tournament tune into the CBC Sports Website or the CBC Gem App. The tournament opens up with the Toronto vs Mount Royal matchup on Thursday March, 12 at 2 p.m. (ET) or 11 a.m. (PT).