TORONTO, ON –  The uOttawa Gee-Gees already have two trophies this season and will look to add a third, while the York Lions return to the U SPORTS National Championship stage after failing to qualify in 2021.

Neither OUA team heading to Quebec City had a leisurely ride through the OUA Playoffs, yet each has exciting talents and experienced coaches who could push them on to U SPORTS gold come Sunday.

Both York and uOttawa have reasons to believe they can win U SPORTS gold.

Why the uOttawa Gee-Gees can win the U SPORTS Championship

2022 has been a dream season so far for the uOttawa Gee-Gees. So far, they’ve taken home two trophies, winning the OUA title over York l after beating Toronto and Western en route to the championship match, while also capturing the FISU Americas title in Mexico.

This year, there’s a chance for the Gee-Gees to do the quadruple trophy haul, that is, if they can add the U SPORTS Championship and FISU University World Cup. Yet, both are certainly not far from happening.

“We’ll give them a chance to celebrate what they’ve done in the OUA this season and then reset for nationals,” Gee-Gees head coach Steve Johnson said after the OUA win. “Very similar to what we had to do after we went down to Mexico, reset and come back and have this as our goal.”

The Gee-Gees have a defined, albeit adaptive, style that will aid them at nationals, playing unfamiliar sides. Striker Cassandra Provost, who topped the nation in goalscoring with 18 goals, plays centrally and is a physical presence that will challenge any centre-back duo. Meanwhile, Olvia Allen and Nibo Dlamini can attack spaces left when opponents are drawn to Provost.

While goalscoring is undoubtedly a reason that could propel the Gee-Gees to U SPORTS gold, their defensive structure is among Canada’s best as well. Held down by Trinity Esprit,  Kayla Kyle, Adriane Devlin and Maya Smith, the Gee-Gees conceded only five goals in OUA play. At the same time, goalkeepers Cassidy Joslin and Juliann Lacasse split starts with astounding quality.

There are very few downfalls among the uOttawa Gee-Gees women’s soccer roster, and they have every reason to believe they can make the final in Quebec City. However, to do so, they’ll have to get by the TWU Spartans in the quarter-final and either the Montreal Carabins or Calgary Dinos in the semis.

Why the York Lions can win the U SPORTS Championship

2022 saw the York Lions return to the team they’ve built a reputation on – a contender, if not a winner. After a down year to rebuild in 2021, the Lions qualified for the OUA Final, pushing their way past the Guelph Gryphons and Queen’s Gaels in extra time before falling in the OUA Final to the uOttawa Gee-Gees.

Still, despite the loss, the Lions come into the U SPORTS Nationals with confidence and a roster capable of making noise through a couple of rounds.

Yet, that’s only one reason playing into their favour when they take the pitch in Quebec City. For the Lions to win the tournament, they’ll have to get the best out of senior midfielder Jotam Chouhan, rookie forward Nia Fleming-Thompson, and maybe most importantly, the centreback duo of Bianca Jack and Brook-Lynn Mitchell.

Chouhan holds the ball in the midfield and can strike from distance; Fleming-Thompson burst onto the scene this year with 12 goals in as many matches, and the centreback duo held down a defence that conceded just 14 goals.

Also, playing in their favour is an easier draw, taking on the AUS Champion CBU Capers in the quarter-final before a clash with either the UBC Thunderbirds or Laval Rouge et Or. A dream result for York would be a UBC loss to Laval, yet, they could also play a strong game against the #1 ranked Thunderbirds.

It won’t be easy for the Lions to push through to the gold medal match at the U SPORTS Championship, but the possibility stands, and dreams of a medal are very much plausible. 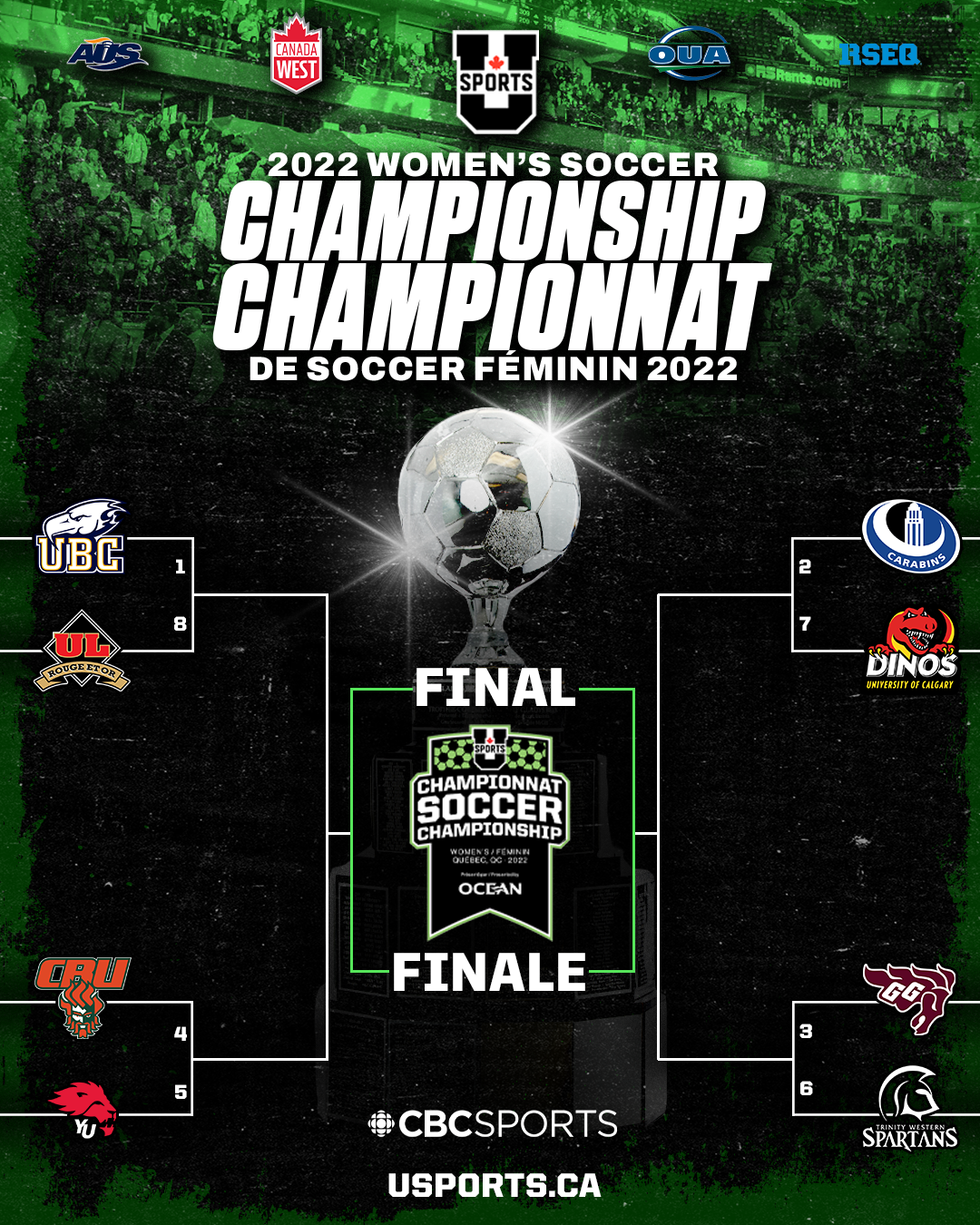