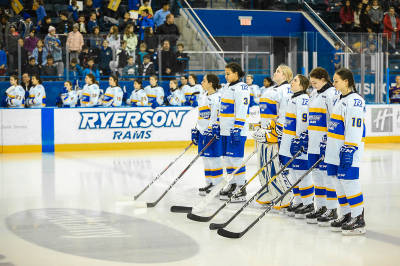 On August 16th, the Ryerson University Rams announced four new additions to the women’s hockey team for the upcoming season, adding forwards Emily Baxter, Mia Morano, and Alexia Ursua, along with defender Abby DeCorby. With the 2018-19 season bringing on nine rookies for the Rams along with the four new players this year, the team has a fresh young core, headlined by 2018-19 rookie of … END_OF_DOCUMENT_TOKEN_TO_BE_REPLACED